George keeps torture on the table 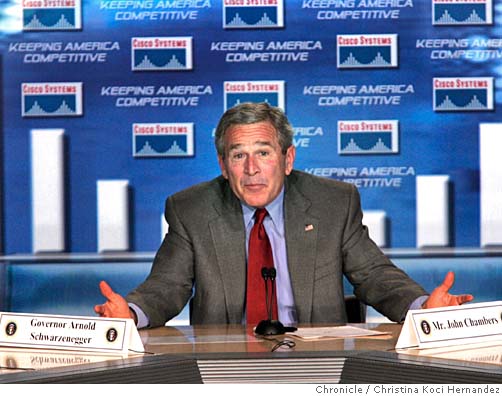 “We created alternative procedures to question the most dangerous al Qaeda operatives, particularly those who might have knowledge of attacks planned on our homeland,” Bush said. “If we were to shut down this program and restrict the CIA to methods in the field manual, we could lose vital information from senior al Qaeda terrorists, and that could cost American lives.”

George is a colossal ass, of course; King of the short-sighted political decision. “Torture is okay for us to use.” Say that, and you can no longer complain about any god damn thing somebody else does to any of our citizens without exposing yourself as a hypocritical fool.

So that’s true. But something else unsettles me about this article, too. Been annoying and unsettling me for quite some time now: I find the use of the word “homeland” over the past few years very spooky. I don’t remember hearing it used in any kind of official way prior to 9/11. It’s as if George and his pals had wanted to use “fatherland” or “motherland,” but recognized that the nazis and the commies beat them to it.

I’m not comfortable living in a country that has a pet name for itself.

This entry was posted in fear for humanity, news, politics. Bookmark the permalink.

Bad Behavior has blocked 147 access attempts in the last 7 days.