my neighbors in Ohio show their asses 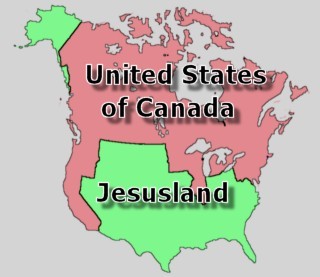 To digest the fact that we had the largest voter turnout in 30 years and still lost the popular vote, we have to assume that the sixties are well and truly dead. Democrats can no longer wring their hands and say “If only we had gotten the silent majority to vote, we would have turned the rascals out.” Well, the silent majority finally did vote. Turns out they’re republicans.

Kerry did as well as he possibly could, given that he stuck to his idealistic guns.

A democratic win, the way the US is shaped now, can only be achieved by either a republican blunder on the order of Watergate, or by a nomination of a pragmatic democratic candidate. A successful candidate will have to be one who is ‘for’ conservative issues that are cost-free, eg: late-term abortion ban, same-sex marriage ban. The repubs get a lot of mileage by weighing in ‘for’ issues that don’t cost money. They attract a huge amount of votes by pressing these hot buttons. They get elected, then put these things aside and get down to their real business, which is to hand over the economy to the rich.

The next democratic nominee, to win, will have to be ‘for’ these cost-free issues, so he can get elected, put them aside, and get down to our real business, which is to keep the rich from getting richer at the expense of everyone else.

Democrats will have to decide between pragmatism and idealism to avoid being steam-rolled in 2008. If we stick to our idealistic guns, we will be permanently marginalized.

The fact is that the US is a conservative, ignorant, God-fearing nation of frightened sheep yearning for John Wayne to lead his platoon up that mountain and kill those japs that have been plaguing us through the first reel.

That’s a fact. The republicans understand that, and have used it to their advantage.

In this election, many Naderites opted for pragmatism by switching to Kerry. It would’ve worked in 2000, but yesterday it wasn’t enough; the fulcrum of pragmatism has shifted farther to the right since 9/11. If we, as liberals, want to participate in national politics in 2008, or at any time in the future, we will have to back a candidate who leans right on the moral—but cost-free—issues, in order to stop the hemorrhaging on all the other fronts that concern us, like the environment and the economy. I will not enjoy casting a vote for someone who pays lip service to the denial of rights to women and gays, but I will, hoping that that’s all it is—lip service.

With the huge turnout, and failing some stupendous administration blunder, pragmatism is the only bullet left in the barrel. We’ll probably find out whether that bullet’s a dud in 2008. If it is, the final option is either make the best of it, or leave.

I plan on being in a position to exercise that option.

The pic came from here, which may or may not be where it originated.

This entry was posted in fear for humanity, mach?, neighbors, politics. Bookmark the permalink.

Bad Behavior has blocked 246 access attempts in the last 7 days.