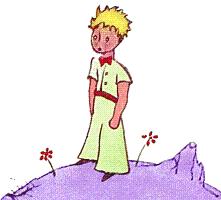 Here’s something: you are not ultra-rich. I say this with complete confidence. Bill Gates and Hiram Q Moneybags are not reading blogs. Therefore, the blogosphere audience consists entirely of the non ultra-rich. Now that I’ve established that, I move past this assumption to my consequence, which is this: fuck you, Hiram Q Moneybags.

There are at least three different measures of a person: money, power, and spirituality. Money is easily measured. Those that don’t have money must content themselves with power or spirituality. Power is not as easily measured as money, but as some powerful bastard in the Supreme Court once said about pornography, “I know it when I see it.”

So there are rich people and powerful people, and we know who they are.

The ultra-rich are a thousand, ten thousand times richer than I am. The powerful are far, far more powerful than I. Fuck those lousy bastards.

Now, because I’m not rich or powerful, I’m not afforded the opportunity to bang these people’s heads together, or breathe their air. I know that; I’m a realist. But what can I do? I have to do something. I can’t sit in a temple and let nirvana flash over me, not while these capitalists and despots are exploiting people. But I also can’t think (for the life of me) of anything that I could do to make these people go away.

Most of these people have followed the rules to get where they’ve gotten. That’s their defense. Systems have been set up in such a way that the weasels and burghers, the capitalists and cynics, the leaders, the cronies, and the lucky become lords. That of course means the systems are broken in some fundamental way. But more importantly, what can we do about the people who have mastered those systems?

Until the revolution happens, which will happen, because revolutions always happen, I can only ignore them. It’s a pretense that they count on, and it delays the day that the rascals are thrown out (I know that), but it also allows me to make it through another day without loathing the human race.

This entry was posted in curmudgeonhood, humor, mach?, politics. Bookmark the permalink.

1 Response to my perfect planet