Fool me once, shame on — shame on you. 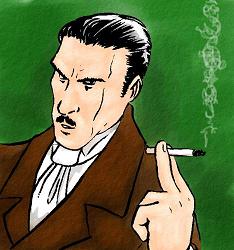 When the Thundering Herd Comes up Lame

I’m sick and tired of hearing how “we” caused this … how, according to the mainstream media, “we” somehow did this to our financial system.

While I truly feel sorry for the people who honestly didn’t know better, or for whom there was no other option, I cannot extend my sympathies to others like my neighbor who spent through his home equity to buy a Hummer, a new boat, two jet skis, and a lavish European vacation.

He’s now about to lose his toys – and his home – not to mention his marriage.

Nor can I extend my sympathies to the modern robber barons like the corporate chieftains of Fannie, Freddie and the other bailout candidates – who pocketed millions while shareholders lost billions.

I don’t see any of these guys offering to return their bonuses, or to forgo their “golden parachute” severance packages, to help their former employers pay off the debts they helped these companies accrue. And forget about them reimbursing the U.S. taxpayers, who are stuck with the bill for cleaning up this mess.

No, instead these ex-boardroom warriors are now lying low somewhere in Old Greenwich, out at The Hamptons, or out on their yachts somewhere – until the storm blows over.

The fact that the profits from this colossal fiasco will be privatized while the losses will be socialized fills me with hatred for these people. The fact that the public is maneuvered into a position that requires socializing loss in order to prevent system collapse creates in me the urge to crush skulls.

IF I COULD REACH OUT AND CRUSH SKULLS

This entry was posted in corporate, fear for humanity, politics. Bookmark the permalink.

Bad Behavior has blocked 153 access attempts in the last 7 days.