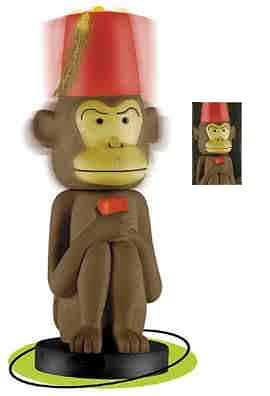 I’ve decided to name my own constellations. You heard me! My education and inclination have failed me to the extent that I don’t know all the names of the constellations, so I’m resorting to inventing names myself.

I no longer believe I’ll learn all the historical names via a painless infusion of media pap. Other people might come to this realization and then take an astronomy class to round out their store of knowledge. Not me, Jack! Three thousand years of tradition stops right here. Right here. From here on out, I’m calling the shots.

The Big Dipper I’ve got, so I’ll keep it. But there’s no Bear there; I don’t see any damn Bear. Try as I might! It looks like a monkey to me, with the Big Dipper as its hindquarters and tail. Therefore I name it Bobo the Organ Grinder Monkey. For reference, an extension of a line connecting Bobo’s two hind paws points north to Reginald, which ancient mariners used to sail the oceans. Or so I should’ve been told.

Scorpio I’ve got, but again, it looks nothing like what Greek people say it looks like. It’s a duck’s foot! The Duck’s Foot! To the north of the Duck’s Foot, a sausage-length away, is a constellation called Wendell the Paper Kite, because that’s what it looks like.

Of course I’ll have to document all my constellations for reference, and that will be a pain. But it’ll be a sweet pain, and it’ll be a blow if I forget any of them.

This has opened whole new realms of curmudgeonhood for me.

This entry was posted in humor, mach?, sky. Bookmark the permalink.

Bad Behavior has blocked 537 access attempts in the last 7 days.