From the dawn of the net. Probably mostly Bboard days. I discovered this at the very end, where these people were months from moving on. I miss those days sometimes.

Posted in humor, Links | Comments Off on Spinnwebe

Bowling is Gross and Weird

I stopped bowling because putting on shoes that are not mine is gross and weird. In the nineties, I guess.

Don’t ask me to don somebody else’s clothing. How did that even become a thing.

Posted in curmudgeonhood | Comments Off on Bowling is Gross and Weird

Or, I think I can say it because we’re all adults here, Damn Tarting.

Posted in misc | Comments Off on Darn Tootin’

If I pay you an extra fifty dollars, I don’t want you to pinch me less hard, I want you to stop fucking pinching me. That’s why “more legroom” coach is such a hard sell. Yes, it’s better than regular coach, but it’s not good.

It’s as if I’m being asked by the cook to pay him an extra dollar so he’ll over-salt my potatoes slightly less. Oh, it’ll still taste like salty shit, but slightly less salty shit.

Posted in curmudgeonhood, original research | Comments Off on More Legroom

Posted in comics | Comments Off on Home sys admin 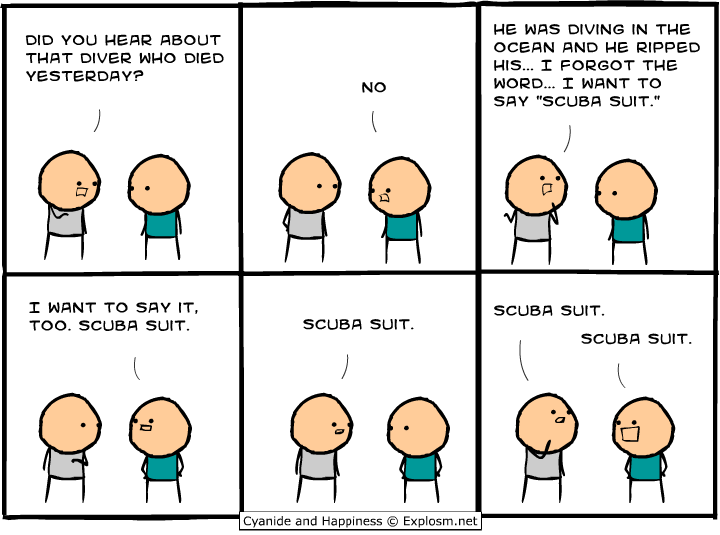 Posted in comics | Comments Off on scuba suit

Welcome back to the eighties

Yosemite hikes as a twenty-something many times had Translator as the soundtrack.

Posted in music | Comments Off on Welcome back to the eighties

If you wet a pizza box beforehand, you can squeeze it down to its atomic components, which will allow it to fit in the smallest, least hefty garbage bags (this is really my best gift to western civilization, you’re welcome)

Posted in big idea | Comments Off on Big Idea

Welcome back to the eighties. We’ve missed you.

There’s a possibility I wouldn’t like these guys if I knew more about them, so I refuse to know anything more.

The difference between the fiftieth time

and the five hundredth.

Wouldn’t it be great if every time were the fiftieth time?

another way it is

Posted in outside, science, sky | Comments Off on another way it is

Just give it to them

“This way, Mexico will have to pay much less money [for the wall]. And that’s good, right? Is that good?”

I think Trevor’s team missed the point of Trump’s statement, which to me was just a back-handed, veiled dig that reiterated his witless promise to still make Mexico pay for the wall. Why people ever believed that would happen, and why people still believe it, is just a preposterous mystery. As a plot device in a moronic thriller: 1 star.

“I love all people, rich or poor. But in those particular [cabinet] positions, I just don’t want a poor person. Does that make sense?”

Trevor’s larger point that Trump’s supporters fully, utterly support Trump no matter what he says or does is right on target. He is the loudest idiot in a room-full of god damned idiots.

In fact, at this point, my feeling is that we need to let the Republicans pass this health bill as is.

The Democrats will get zero credit with these people for trying to mitigate the more horrific parts of the bill. If a watered-down version, a version that isn’t quite so draconian, gets passed, the Democrats will be blamed for it. “It’s not working because we didn’t get everything we wanted in it” will be said quite loudly, and the clapping people in this video will agree with that, because that’s what they do. People will be miserable, but many of them will blame the Democrats for it.

If, however, the bill passes in its entirety, there will be misery, on a massive scale. The people in this video will suffer. If this bill passes with no input from the left, the cause-and-effect relationship will be as clear as it ever can be.

Just let it pass. It may be the only way to open their eyes.

Or it may not be enough. In which case, we’ll finally know exactly where we stand.

Here’s a thing about being an elitist that didn’t used to be true: if you’re not a god damned moron, you’re an elitist.

Posted in fear for humanity, hope, politics | Comments Off on Just give it to them

Posted on June 18, 2017 by ecto
Posted in hope, music | Comments Off on powaqqatsi

If we admit them, we’ll have to admit a slave state too. It’s more complicated than it looks.

Posted in curmudgeonhood, fear for humanity, original research | Comments Off on Puerto Rico

The twenties were the best. Hardly anyone you knew was dying.

Oh my God, look at these six people 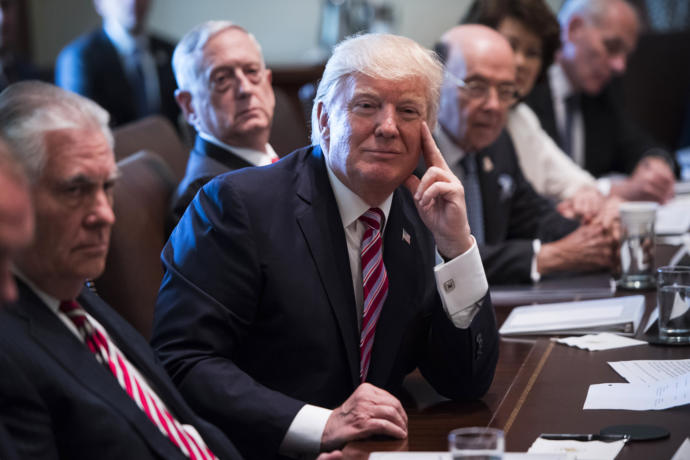 OH MY GOD LOOK AT THESE SIX PEOPLE

Posted in fear for humanity, politics | Comments Off on Oh my God, look at these six people

“Damn he is playing the hell out of that jug”

Also, that may as well be Wolfman Jack on the keyboard.

Posted on June 1, 2017 by ecto
Posted in music | Comments Off on Clocks ticking slowly dividing the day up

If you’re so attracted to light, there’s a god damn sun on all during the daytime you can feel free to mob.

Posted in curmudgeonhood, ragnarok, weather | Comments Off on Memo to termites

Bad Behavior has blocked 388 access attempts in the last 7 days.