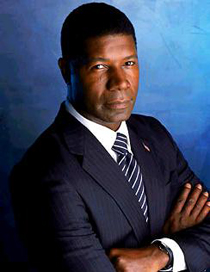 In a recent commercial for Allstate, Dennis Haysbert intones that drivers who switched from Geico to Allstate saved an average of $396 per year on their auto insurance. He then intones “Surprised?”*

So for the purposes of disingenuousness, Allstate selected out all the people who came to the conclusion that switching companies was expensive and stupid before they averaged anything. Those left over–90% of everyone? 3.5% of everyone? Allstate doesn’t tell us–those left over saved some average amount of money. Allstate tells us that average was $396. Allstate doesn’t tell us how much money the other 10% or 96.5% of drivers saved, on average, by sticking with Geico. They left that up to Geico to do in some caveman or googly-eyed money-wad commercial somewhere down the road.

It’s a pretty disingenuous commercial, but you have to be suspicious and cranky to realize it. That’s where I come in. You’re welcome.

How’s Dennis feel about the commercial?

Haysbert… is happy to be in the Allstate ads. He says it’s the first ad work he’s done in about 15 years, because “most commercials are not very dignified.” But, he says, Allstate is different: “These had integrity. They have a team of lawyers that hover over each word I say. It might be a little frustrating, but it works. I can have the confidence and knowledge that what I’m saying is true.”

I conclude that Haysbert is neither suspicious nor cranky enough for his own good. And he has lawyers hovering over each word he says, like angels.

This entry was posted in corporate, curmudgeonhood, fear for humanity, money. Bookmark the permalink.