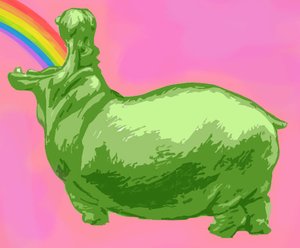 This is a challenging task, of course, because this constituency is very small. To facilitate the process, we as republicans must create a much larger, nominal constituency that supports this aim. The cheapest way to do this is to support issues that are cost-free yet also lead large sections of the electorate to vote for us without realizing they are voting against their own best economic interests. These fear grenades–abortion, flags, the pledge of allegiance, handguns–disguise the real aim of the party, which is to funnel wealth toward the rich. It’s just that simple!

First of all, it’s important to understand that the Republican Party doesn’t want you to be rich. We are already rich; all of our friends are, too. The only thing we want from you is your vote, which will enable us and all our friends to keep buying expensive things while people who aren’t our friends work hard for little benefit. But if, by chance, you somehow become rich–despite the rules and regulations that we have put in place to prevent this from happening–you will be allowed to become our friend. That’s what makes this country great! And if, by some chance, you become rich, then lose it all through illness or serendipity, you will no longer be our friend. It’s a tough world! But please continue to vote for your old friends, because maybe, just maybe, you will become rich again.

I ask you to keep in mind that the future is a magical place where anything can happen. In the magical future, you are not poor. And while it may be true that your former friends are laughing at you in contempt while you continue to vote for them, belief in the magical future still allows you to laugh in contempt at the other poor people around you who vote for republicans because they have been directed to fear non-bible thumping and non-allegiance pledging. And don’t despise your former friends for continuing a policy here or there that allows poor people to continue to be poor instead of dead; throwing a few bones to the hoi polloi is, regrettably, necessary to avoid having to step over their lifeless bodies in the streets, civil war, and the Wall. We republicans have great respect for the Wall, and would prefer that the rest of you never get smart and line us up against it.

So here’s to magical thinking, fear grenades, and the inability to understand how desperately fucked you really are.

Thank you for your support!

This entry was posted in false hope, fear for humanity, politics. Bookmark the permalink.

1 Response to Your Magical Future